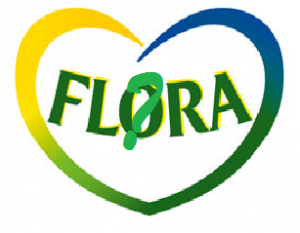 The future of spreads at Unilever has provided endless speculation for the financial press and considerable concern for workers in this part of the company.  Unilever’s announcement in an investor conference on December 4 that it would be creating a stand-alone spreads division will generate more speculation and more concern on the part of workers potentially affected by a future sale of the division, particularly as it represents a relatively well unionized part of Unilever’s operations in the two regions.

The new division, to be called Baking, Cooking & Spreading Co., will not – for now – include spreadable Hellmann’s mayonnaise or Marmite, will only apply to the business in Europe and North America,  is planned to be operational by mid-2015 and will remain 100% Unilever-owned. But sluggish sales and the growing North American preference for butter over margarine inevitably call into question the future of Unilever spreads.

Chief Financial Officer Marc Huët, who has been repeating to investors the need for Unilever “to reduce dependence on foods”, told investors that “spreads are an important part of our heritage, but this will never be a barrier to us taking decisive action.” While it  remains true that, as a company spokesperson was quoted saying in a press report on the spreads announcement, “the cash delivery [from spreads] is important to us”, the division is digestible enough (valued between EUR 5.5 and 8 billion) for a private-equity fund to snap it up in a debt-financed buyout now that leveraged buyouts are again growing in size.

Food and refreshments (beverages and ice cream) last year accounted for some 49% of Unilever revenue (see the IUF report on Selloffs and cash cows). Eliminating spreads would reduce turnover by some 7%. But food – even with spreads – and refreshments last year continued to deliver a higher percentage of profit than the non-food divisions, making them an essential cash engine for acquisitions. A stand-alone spreads division with its own financial accounting would presumably enable a more precise analysis of the profit sources within Unilever, generating new benchmarks and new pressure on workers, who already face very tough bargaining in spreads.

Above all, this latest development, following as it does the string of recent divestments, highlights the need for unions at Unilever to secure succession clauses ensuring that terms, conditions and trade union rights are carried over in any sale. Unilever’s Sustainable Living Plan includes sustainable divestments but has no commitment to sustainable employment.